The Compassion of the Father
by Fr. Boris Bobrinskoy
St. Vladimir’s Seminary Press, $15

The book is a collection of essays arranged around three themes. The first is that of facing evil and suffering. Here Bobrinskoy addresses the reality of sin, the challenge of loving one’s enemies and the mystery of forgiveness. This is clearly no cheap Gospel, but neither is it a set of abstract moral demands that leave us wallowing in our powerlessness to respond, for healing and forgiveness become possible by entering into the life of the Trinity, into a life of repentance.

This leads into the second theme, that of the liturgy of the heart, in which entering into the depths of our heart becomes the only way in which we can respond to suffering without becoming hardened or embittered by it.

Here we encounter the invocation of the Name, not simply as a technique, but as a theological and ecclesial reality that links us to the earliest Christian invocation and longing. It is an inner Eucharist that remains inseparable from the Liturgy of the Church and which, like that Liturgy, has cosmic implications.

The third theme, on our knowledge of God, includes essays on the relationship between theology and spirituality, on the relationship between theology and language, and on tradition. These essays help to ground the book in a rigor that is not only theological but also spiritual. There is no escaping the centrality of dogma, of the Church and of the tradition, but if these are merely abstract realities then it is too easy for them to become tools for our hardened hearts. Instead our intellects need to be baptized and the ascetical life and the life of the theologian are deeply connected, for everything converges “in the one crucible of holiness.”

Carlos Rodriguez Soto, a Catholic from Spain, worked in Uganda from 1984 to 1987, then again from 1991 to 2008. In the northern part of Uganda he witnessed a horrific civil war which he describes in Tall Grass. (The book is published by Fountain Publishers in Kampala, Uganda. It is distributed in North America by Michigan State University Press and in Europe by the African Books Collective in Oxford, UK.)

These are stories of the effects of war on ordinary people, forgotten by the charismatic leader who led the insurrection, the government and military of Uganda, most of the leaders and diplomats of other nations, and most of the media. The rebels killed and mutilated many, also abducting boys to make them soldiers and girls to make them sex slaves. The economy was ruined. Families that once owned droves of cattle were driven into poverty and had to live in camps.

Fr. Carlos remarks that the sound of war is not explosions but a deep silence, pregnant with fear, waiting for shots and shouts to ring out somewhere not far away. He relates stories of great courage. Fr. Carlos himself displayed it, driven as he was by love for God and for suffering people. He is also brave enough to talk about the consequences that he suffered because of his work for others. But he was not the only person of great heart in this struggle – he tells of many others, some of whom sacrificed their lives in the service of peace.

These are also stories of a resilient and beautiful people. Before suffering these most recent crimes, the people of northern Uganda had long been bought and sold as slaves both in the Americas and Muslim nations. The people who remain there now know suffering and poverty – but also faith, hope and joy. The book tells of one man who defined peace. He said, “Peace is when a man fears only snakes.”

Many lessons are to be gained from this deeply moving book, but I think one is especially important: theology matters. On the one hand, the war that exists in northern Uganda today would never have happened if the people had had a deeper understanding of the Ten Commandments and the work of the Holy Spirit. On the other hand, the reconstruction and peace in northern Uganda now would never have happened if the people had lacked the fundamental attitudes of love and forgiveness that they do in fact have. Western Christians might profit from a study of people who are poor both in possessions and in spirit. They give us a glimpse of the Kingdom of Heaven.

Irina Yazykova, an Orthodox art historian teaching in Russia, relates ancient and medieval episodes of iconoclasm leading up to 20th-century Russia. The modern part of her story happens more than a thousand years after St. Maximos the Confessor and St. John Damascene defended the veneration of icons.

Bridging a millennium by exploring the theme of iconoclasm is reason enough to read this book – namely, to glean how the author draws simple but poignant links between Byzantine and Marxist iconoclasts.

In addition to historical links, Yazykova writes superb stories of personal and collective sacrifice. Each story is long on details and short on platitudes. The stories make this book a gem for families to read aloud. Even a middle-school child can identify with characters and situations, while adults can plumb complex details likely to encourage re-reading and discussing the book.
Hidden and Triumphant answers a general question: What broke the yoke of Soviet suppression of icons and iconography? Her answer unfolds across 196 pages. Beauty triumphed over totalitarian oppressors.

Talking Back: A Monastic Handbook
for Combating Demons
by Evagrius of Pontus (Evagrius Ponticus)
Cistercian Publications, $16.50

Professor David Brakke translates Antirhetikos, a work authored by the fourth-century monk Evagrius of Pontus, as “Talking Back.” To whom is Evagrius talking back? To demons. Indeed, his book has been a staple for Christian combat with demons ever since.

The benefits of identifying demonic thoughts and dismissing them are many. Talking back to demons with scripture “cuts off” any chance for the seeds of proto-passions to take root in the soul. The demons under attack are gluttony, fornication, love of money, sadness, anger, listlessness, vainglory and pride. In every case, Evagrius proposes using passages from scripture as weapons of self defense. By quoting biblical passages aloud, we don’t let the demons get as far as a tempting thought – a simple method but one that works.
– Ioannis Freeman

As a young physician working with the Resistance in France during the German occupation, Anthony Bloom decided that, should he survive the war, he would become a monk. He did so and went on to become a priest and later a bishop. For half a century, he led the Russian Orthodox Church in Britain. Thanks to his frequent BBC broadcasts, he became one of the major voices of Christianity in both the English and Russian-speaking worlds, making a difference in many people’s lives, both Christian and non-Christian.

It often seemed to me that, in being with him, I was meeting one of the original Apostles gathered together by Christ. He spoke not as an expert on Christ, but as someone who knew him personally and had been among the first witnesses of the resurrection.
This is well-edited anthology gathered from his principal writings plus a selection of talks and sermons. An excellent introduction is provided by his biographer and the book’s editor, Gillian Crow.
– Jim Forest

Toward the Endless Day: The Life of Elisabeth Behr-Sigel
by Olga Lossky
University of Notre Dame, 344 pages, $35 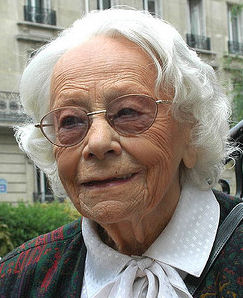 Elisabeth Behr-Sigel was one of the most challenging – often controversial – Orthodox theologians of the last century. For decades, until her death in 2005, she was a key participant in building up an Orthodox presence in France in a process that integrated both refugees from Eastern Europe and converts from the West.

Born in 1907 in Alsace, France, to a Protestant father and a Jewish mother, she received a master’s degree in theology from the Protestant Faculty of Theology at Strasbourg and began a pastoral ministry, but it lasted only one year. Attracted by the beauty of the Orthodox liturgy as well as its spirituality and theology, at age 24 she embraced the Orthodox faith.

During most of World War II, with her husband André Behr and their children, she lived in Nancy, France, where she taught in public schools. Living under military occupation was her apprenticeship in ecumenism, when people of different Christian traditions came together in the Behr-Sigel home for religious dialogue, at the same time finding the inner strength to oppose Nazism, hide Jews, and provide escape routes.

The book includes many extracts from the prophetic letters Elisabeth wrote during a year spent in Berlin shortly before Hitler came to power. No less remarkable is the diary she kept during the war. In the midst of falling bombs, the Jesus Prayer became vitally important to her – “a cry of the heart, a cry of despair and of hope, an irresistible and never-ending need to call upon Christ to help us in our powerlessness.”

After the war she studied at St. Sergius Theological Institute in Paris, later joining the school’s illustrious faculty. She wrote and published essays and books on Orthodox theology, spirituality, and the role of women in the Church. When at last the role of the deaconate of women is restored in the Church, it will be in part thanks to the labors of Elisabeth Behr-Sigel.

During the last year of her life, she met weekly with Olga Lossky, discussing her life and providing access to her journals and letters, thus giving this biography a climate of intimacy.

I only regret the biography does not include attention to Elisabeth’s engagement with the Orthodox Peace Fellowship. She was a member of its advisory board, wrote for this journal, and took an active part in several OPF conferences.

Peacemaking and the love of enemies

One of the reasons why so many people have developed strong reservations about the peace movement is precisely that they do not see the peace they seek in the peacemakers themselves. Often what they see are fearful and angry people trying to convince others of the urgency of their protest. The tragedy is that peacemakers often reveal more of the demons they are fighting than of the peace they want to bring about.

The words of Jesus go right to the heart of our struggle: “Love your enemies, do good to those who hate you, bless those who curse you, pray for those who treat you badly.” (Luke 6: 27-28)  The more I reflect on these words, the more I consider them to be the test for peacemakers. What my enemies need is not my anger, rejection, resentment, or disdain, but my love. Spiritual guides throughout history have said that love for the enemy is the cornerstone of the message of Jesus and the core of holiness.