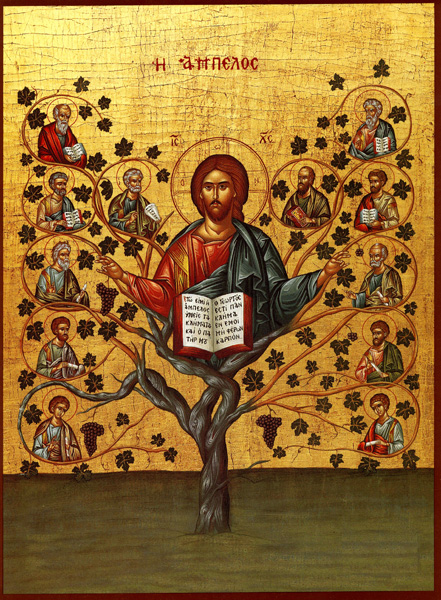 Address to the Conference on Peace and Tolerance

Greetings to all of our brothers and sisters from around the world who have come together for this very timely Conference on Peace and Tolerance.

Although we will focus our remarks on problems in Central Asia and the Caucasus, let us keep in mind that no member of the human family has a monopoly on malice -- we are all sinners and stand in desperate need of God's grace in our quest for a better world. But while some have pointed to a modern "clash of civilisations" as inevitable, the representatives of many of those civilisations have gathered here today in as spirit of brotherhood and harmony. May our Heavenly Father grant us the strength to maintain that fraternal spirit in the years to come.

Since the beginning of recorded history, Eastern Europe has been a great crossroads of cultures and civilisations -- a vast meeting ground for many different tribes, faiths, and peoples. Sometimes it seems as if our only constants have been conflict and conquest.

But paradoxically, conflict and conquest have also been the agents of peace. Over the millennia the greatest intervals of peace were brought by the empires that took over large portions of the region. From the Macedonian conquest, with its Hellenistic civilization, through the Roman, Byzantine, Ottoman, Habsburg, Russian, and Soviet empires, peace in Eastern Europe has come, ironically, at the tip of a sword or the barrel of a gun.

Tolerance did not always come arm-in-arm with peace. For every example of tolerance, there are many more examples of intolerance. The peace imposed on Eastern Europe by the conquering empires was relative -- and it was always given on the terms of the conqueror. We must understand it, not idealize it. Those empires were shattered with the arrival of western nationalism during the 19th century -- and Eastern Europe and the world have not been the same since. Nationalism began as a positive force -- it offered a new logic for the construction of democratic states. But nationalism turned out to be a double-edged sword; in the hands of tyrants, it has been destructive -- indeed, the most destructive force in human history, killing 75 million human beings between 1914 and 1945 alone. We must ask ourselves boldly and honestly: Is it not time to rein in the excesses of nationalism?

We are not immune to the forces of history -- but neither are we helpless before them. We cannot lament paradise lost, but must find hope in the kingdom at hand. We must answer the fratricide and fragmentation of nationalism with the brotherly love and integration of ecumenicism. We must teach our people tolerance, which is ultimately based on respect for the sanctity and rights of individual human beings. Indeed, if there is one place where the spiritual and secular universes converge, it is in the individual, in the human person.

Among those of us who place our faith in spiritual institutions, this means that of all the precepts of our diverse religions, the first principle must be the divinity of each and every one God's children. Among those who place their faith in temporal institutions, this means that of all political principles, primary emphasis must go not to collective but rather individual human rights.

Indeed, this is one of many areas in which we as people of faith have something to teach our secular colleagues. In recent years we have heard some say that human rights are relative -- an unfortunate and potentially catastrophic idea. Man was created in the image and likeness of God -- and there can be no different standard of treatment for those human beings who happen to be Asian, another for Africans, and yet another for Europeans. Culture may be relative -- but humanity is not.

The Holy Orthodox Church has searched long for a language with which to address nationalism, amid the strife and havoc this new ideology created in the Orthodox lands of Eastern Europe for much of the 19th century. In 1872 a great Synod, held in our Patriarchal Cathedral at the Phanar, in the name of the Prince of Peace, issued an unqualified condemnation of the sin of phyletism, saying, "We renounce, censure, and condemn racism, that is, racial discrimination, ethnic feuds, hatreds, and dissensions within the Church of Christ..."

Today, more than a century later, extreme nationalism remains one of the central problems of our ecumenical Church. We must answer with deep and uncompromising ecumenicism.

That is why the Mother Church has done everything in her power to support, morally and materially, the re-emerging Orthodox Churches in Russia and throughout Eastern Europe, especially since the collapse of Godless communism. Although these churches are self-governing, they are the daughters of the See of St. Andrew the Apostle. That is why we convened an unprecedented Pan-Orthodox Council or Synaxis of the heads of the world's Patriarchal and Autocephalous Orthodox Churches in March of 1992 -- an unusual display of Christian solidarity, and a return to the ecumenicism of centuries past. During this truly historic gathering, the spiritual heads expressed deep sadness over "fratricidal confrontation and for all its victims" calling on all religious leaders to offer "particular attention, pastoral responsibility and wisdom from God, in order that the exploitation of religious sentiment for political and national reasons may be avoided."

There is no good reason why people and goods one day should not be able to move freely between Bitolja and Bucharest, between Trikala and Tirana, between Sofia and St. Petersburg, between Alma-Ata and Ankara. And there is no reason to continue the hatreds that have made Eastern Europe, and especially the Balkans, the world's caricature for ethnic conflict.

It was not always that way. Let us remember that less than two centuries ago, there were Greek businessmen in Odessa and Bucharest, and Albanian enterprises in Egypt. Serbian merchants conducted a lively trade with their Habsburg counterparts. Thessaloniki had a thriving Jewish community. And so on.

We must put behind us the divisions and feuds brought about by excessive nationalism. We were once united by great empires -- but the peace that comes at the tip of a sword is no longer acceptable. As St. Paul exhorts: "If it is possible, so far as it depends on you, live peaceably with all." (Rom. 12:18). The modern way to bring about unity and peace is to extend the European Union -- to open the borders to one another, and let people, capital ideas and products flow.

Much has already been achieved in the political world -- the General Agreement on Tariffs and Trade, the Partnership for Peace proposed by the American President Bill Clinton. But politicians alone cannot heal the rifts brought about by extreme nationalism. Religious leaders have a central and inspirational role to play -- it is we who must help bring the spiritual principles of ecumenicism, brotherhood, and tolerance to the fore.

Indeed, this is a way that we of the cloth can help our colleagues in government. Our deep and abiding spirituality stands in stark contrast to the secularism of modern politics. The failure of anthropocentric ideologies has left a void in many lives -- the frantic pursuit of the future has sacrificed the stability of the past. As the Council of 1992 stated, these ideologies "have created in men of this century a spiritual void and an existential insecurity and have led many people to seek salvation in new religious and para-religious movements, sects, or nearly idolatrous attachments to the material values of this world."

The famous psychologist C.G. Jung once said that "among all my patients in the second half of life ... every one of them fell ill because he had lost what the living religions of every age have given their followers, and none of them has been really healed who did not regain his religious outlook." He knew this in 1959; in 1994, who does not know it? Communities of faith can balance secular humanism and nationalism with spiritual humanism and ecumenicism -- and we can temper the mindless pursuit of modernity with our own healthy respect for tradition.

But we can only do this if we are united in the spirit of the one God, "Creator of all things visible and invisible." Catholic, Orthodox, and Protestant, Jew and Muslim -- although we cannot deny our differences, neither can we deny the need for alliance and teamwork to help lead our world away from the bloody abyss of extreme nationalism and intolerance. For it is precisely when we disagree that we have the greatest opportunity to demonstrate tolerance.

We, at the Ecumenical Patriarchate, will continue our efforts to be peacemakers and to light the lamp of the human spirit. We, as the Bride of the Resurrected Bridegroom, wish only to remain a Church -- a Church, however, that is free and respected by all. We, like all of you who have gathered here in peace and tolerance, wish to be a religious and spiritual institution, teaching, edifying, serving pan-anthropic ideals, civilising, and preaching love in every direction. We assure you, fellow travellers on the road to peace, that we will always work with you -- not only in the spirit of peace and tolerance, but more so, in the spirit of divine love itself. The Ecumenical Patriarchate belongs to the living Church that was founded by the God of love, whose peace "surpasses all understanding" (Phil. 4:7). We "pursue what makes for peace" (Rom. 14:19). We believe that "God is love" (1 Jn. 4:16), which is why we are not afraid to extend our hand in friendship and our heart in love, as we proclaim that "Perfect love casts out fear" (1 Jn. 4:18).

Beloved friends, there is more that unites us than that which divides us. Let this conference mark a turning point in our history. We have within our grasp the vision of the Psalmist: "Behold, how good and how pleasant it is for brethren to dwell together in unity!" We pledge to you today that the Orthodox Christian Church will do everything in her power to fulfill that vision. "Glory to God in the highest, and on earth, peace and goodwill towards men."

For the Peace From Above -- Table of Contents