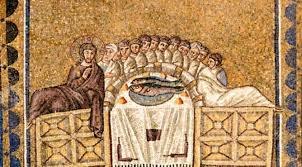 "The question of the participation of the church in the ecumenical movement remains open," according to Archpriest Vladislav Tsypin.

We continue the discussion of the problems connected with the ecumenical contacts of the Russian Orthodox church. In the previous issue of NG-Religion (18.02.98) the opposing points of view of the chief editor of Rus Pravoslanvaia, Konstantin Dushenov, and the director of the secretariat on inter-Christian relations of the Department of External Church Affairs of the Moscow patriarchate, monastic priest Ilarion Alfeev, were presented. The conversation continues with Archpriest Vladislav Tsypin, teacher of the Moscow Ecclesiastical Academy and leading specialist on canon law in the Russian Orthodox church.

Q: Father Vladislav, recently in the church press the broad polemic about ecumenism has grown. Many Orthodox participants in inter-Christian contacts, including bishops, have openly been called heretics. Should the Russian Orthodox church participate in the activity of the World Council of Churches and other ecumenical organizations, or not?

The question of our participation in WCC now and in the near future is not one of the grand questions of the existence and fate of our church, but rather whether this participation is beneficial or not. As regards the accusations of heresy against representatives of the Russian Orthodox church within WCC, I am sure that not one of the official representatives of our church has made declarations which could be labeled as heretical. But I can admit that the personal theological views of some participants of the ecumenical forums may be doubtful to a certain extent. There is the adage: you are known by the company you keep. It is possible that someone has not stood fast and has adopted non-Orthodox views, but when official declarations are made in the name of the church, they fully conform to Orthodox doctrine.

Sometimes misunderstanding arises: documents of WCC may, of course, contradict Orthodox doctrine and tradition. From this one could deduce that inasmuch as the Russian Orthodox church is a part of WCC it bears responsibility for these documents. This, however, is not the case. In WCC there is no right of veto, and if some decision is adopted, that does not by any means mean that all churches that participate in WCC support it and thus take responsibilty for it. Decisions are adopted by a majority of participants and do not have binding force obligating the member churches of WCC. It is well known at the same time that the majority of documents are composed primarily under the overwhelming influence of protestant theology, since the greater part of the WCC participants are protestants. Thus our church is now posing the question of a change in the forms of participation of churches in WCC.

Which arguments "for" and "against" participation of Orthodox in the ecumenical movement do you consider most weighty?

As regards arguments "against" I would say: for a long time we participated in ecumenical contacts, as it was represented to me, with the single main idea of having protection from WCC during the time of the communist regime. Now circumstances have changed. This, of course, is not an argument "against" in the proper sense, but a loss of the former significance which was a very strong factor pushing us toward participation in WCC. Another argument. We have declared and continue to declare that our participation has the goal of drawing that part of the Christian world that thinks differently to embrace the truths of Orthodoxy. We must frankly acknowledge that we have not succeeded notably in this. Locally, perhaps, the experience of the Orthodox churches has gotten a response, but this response has not assumed a substantive character for protestant churches that draws them toward Orthodoxy.

There is another conception. WCC has entered a crisis stage. Obviously this is connected with the general political situation in the world. Interest in WCC on the part of influential political circles has notably decreased. Nevertheless we should not undertake hasty steps for withdrawal from WCC. First, because various Orthodox churches view participation in WCC differently. I am sure that the more united and consistent the position of the Orthodox churches is on the matter of participation in WCC, the better. Unilateral actions by any of the local churches can evoke complications within the Orthodox church itself.

Further, we should nevertheless recall that although we have made little progress in witnessing for Orthodoxy to those who think differently, the church always retains the task of witnessing about the truth of Christ to the whole world, and this means about the truth of Orthodoxy to Christians who think differently, and it is possible to do this in particular through WCC. Finally, WCC is one of those forms of fellowship with other churches which does not bind us very much. Although, of course, there are phenomena in individual protestant churches who are members of WCC that were not imaginable twenty years ago and these, to put it mildly, evoke confusion and legitimate objections.

In the Russian church press the extreme antiecumenical position is most widely represented.

In newspapers there can be various publications, but I would not begin to generalize. Extreme antiecumenical statements frequently have not a specifically theoglogical, but an ideological and even overtly political motivation. Sharp politicized statements seem to me inappropriate in church publications. The point is not that the church should be indifferent to the life of society, including the political life, but it is called to judge what is happening in the world in the light of the gospel and not from the point of view of separate groups, classes, and social strata, and not from the point of view of political benefit. The harsh political position of church publicists, for example in Rus Pravoslavnaia, is inappropriate because, in expressing it, the writers willy-nilly are drawn into the political struggle. The church does not approve political struggle and sees in it one of the dark but inescapable aspects of our life.

It is interesting that you consider politicization to be the chief characteristic of Rus Pravoslavnaia. Does that mean that everything else is playing a subsidiary role? And if so, what can be the goal of such publications?

It is difficult for me to answer a question about the goals of such publications, but as a reader I must say that I am disturbed by reading various issues of this newspaper. I don't know whether the writers wish it or not, but they can cause disorders in the minds of those church readers who are still not very firmly established on church soil, for example, new converts, that is, those who have been drawn into the church and are not yet freed from political inclinations. In the articles of the chief editor of Rus Pravoslavnaia, Konstantin Duchenov, there is an attempt to evaluate the activity of the bishops and hierarchy of the church. It seems to me that Dushenov sometimes does this to arrogantly. It becomes quite evident that he is trying to set some bishops over against others. Indeed, there can be disagreements among bishops on particular matters, but to set out in his articles the struggle of the camps, to take the side of one camp, and to fight against the other--this is not the church's approach.

Sharply criticizing the participation of Orthodox in the ecumenical movement, Konstantin Dushenov appeals to church canons. You are one of the few specialists in canon law. How persuasive are Dushenov's conclusions?

The canonical argument in Dushenov's articles, at least in those I know, bears a too diffuse and inexact character. He brands ecumenism as heresy, and the canons, it seems, condemn heresy. It is necessary first of all to establish what kind of ecumenism we are talking about. This term has various, incommensurate meanings. In one of its meanings ecumenism may be called heresy. It would be undoubted ecclesiological heresy to claim that none of the churches now represent the church of the Creed, the one, holy, catholic, and apostolic church, and that the true church is not a given but an unknown quantity. To be sure, the Orthodox church firmly believers that it is the church of the Creed, but I do not know a single case when an official representative of our church--bishop, clergyman, layman--using the word "ecumenism" in a positive context would assign it this significance. In references to ecumenism in official documents, RPTs invariable understands as ecumenism the textimony to the truth of Orthodox to Christians who think differently with the goal of leading them through dialogue into a recognition of the truth. As far as I know, the official position of RPTs, participating in WCC and other ecumenical contacts, is precisely this. In this there is nothing that is dubious from a canonical point of view. To categorize such a position as heretical means either to commit deliberate slander or to be in profound delusion. It is possible to evaluate the fruits of our participation in WCC and other ecumenical organizations in various ways, optimistically or critically, but to hurl an accusation that any kind of ecumenism is betrayal of the church and heresy is an unsubstantiated and absurd position. It is too insubstantial to be seriously discussed. However it is not hard to understand the origin of such a mood. What's hard is something else: to separate out what in the Orthodox publications of this type in the theological and church terminology is essentially concealing other, obviously political, goals.

Doesn't it seem to you that there are too few official documents dealing with the problems of ecumenism? Given the shortage of materials various interpretations become possible.

I am sure that there simply are no secret materials on ecumenism which our church has at its disposal. Ther are materials, in process, but practically all of them dealing with this subject have been published in the church press, if not in full at least in reliable form. There is no sense in looking for a false bottom, some kind of secret, which the Orthodox church has covered up. I do not think that there is a shortage of material that prevents a correct orientation to this problem. Besides, this is a special question which it would be appropriate for someone who knows its essence to deal with. Serious analysis obviously requires competence. However, as regards a secret plan, actually there has been one for a rather extended period. But this is not a matter of secret documents but of such things on which documents are silent but which are real. Nowhere in the church press has there been a mention of what really was the chief motivation for our participation in ecumenical contacts. Overtly or covertly the church sought in them protection from the hostile state power. A multitude of cases are known where representatives of other churches saved church buildings and monasteries from closure. This started from the very beginning of the Russian church's membership in WCC and continued to the end of the communist epoch.

Do you consider anti-ecumenical attitudes to be dominant today in the church?

Church people have a rather healthy attitude not to engage in this polemic of extreme positions. Our church even in church political questions has not been subject to variability depending upon ephemeral circumstances of the present. I think the question of our further participation in WCC can be considered open, but whether contacts with other churches will continue I figure is not an issue. Contacts will continue in some form. I would add that in order to keep our flock steadfast with respect to intrigues of those who are trying to sow suspicion, we must have the most complete, logical, and frequent explanations of the position of our church on matters of contacts with the world of those who believe differently that are possible, and we must show persuasively that our Orthodox church and its hierarchy stand on the position of strict, pure Orthodoxy. Then there will be no opportunities for those who are looking for occasions to disturb the flock.