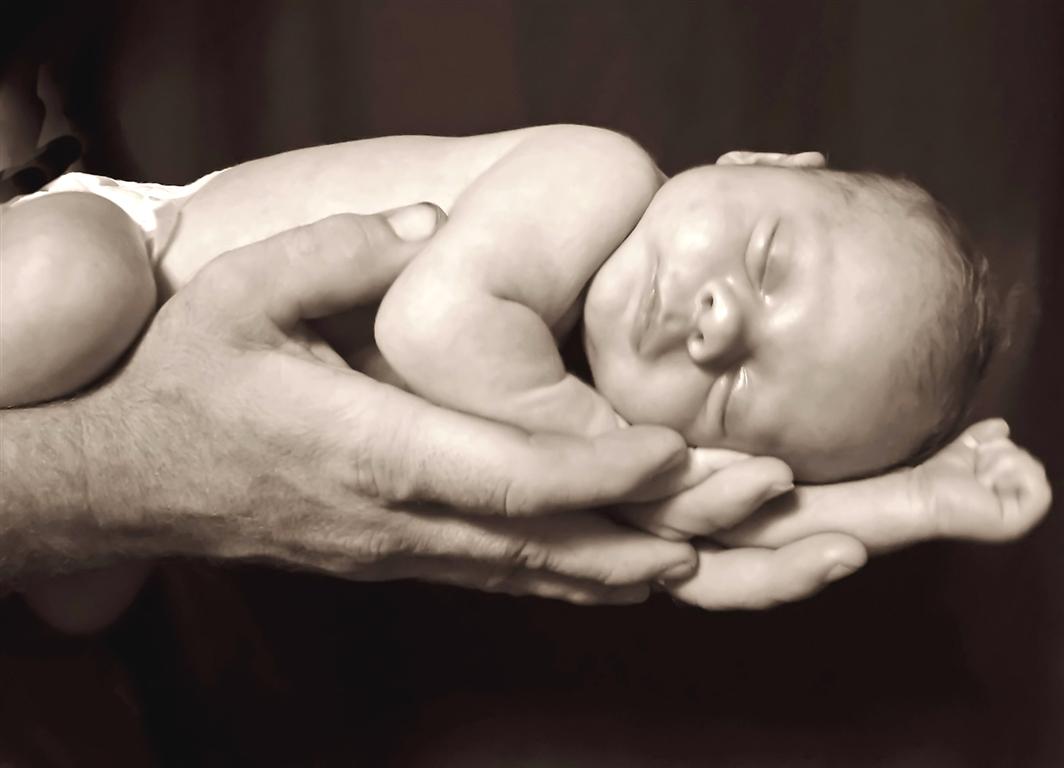 "She is unmarried and pregnant, appears to be in her mid-teens, and is nearly penniless. Religiously obsessed, she suffers acute delusions. She asserts she is still a virgin, claims to have seen an angel, and says her pregnancy was caused by God. Given her age and psychological condition, an abortion is clearly indicated, yet her religious scruples deter her from accepting one. Further counseling is urgently required."

But there were no social workers at the time and abortion was as unthinkable as putting poison in the village well. Mary's child was born. Twenty centuries later even those far from religious belief celebrate his birthday.

In terms of material wealth, Mary lived in a much poorer world than we do, but morally our culture is far more poverty stricken than Galilee in the era of Roman occupation. So impoverished is our world that killing the unborn has become routine. Many people devoted to peace, social justice, human rights, care of the environment, the protection of endangered creatures and the development of a nonviolent way of life turn out to be supporters of abortion, some with painful reluctance, others with a sense of mission.

What is it that explains such a state of mind?

At least in part, it is simply that we are people of our time and place and are carried along far more than we like to admit by the powerful forces of peer-group pressure. In the sixties and seventies, the legalization of abortion was intensively and effectively promoted both as a way to promote women's rights and safeguarde the planet from over-population. Abortion was even seen as a merciful alternative to being born into the modern world. In regions of endemic poverty, would it not be kinder to kill the very youngest before they claim a place at the world's overcrowded table? To spare children in regions of conflict from becoming casualties of war? To free those with mental or physical handicaps from whatever pain they might endure in later life? A pro-abortion consensus was formed in which liberals and idealists played leading roles. Old laws were dropped, new laws written. Abortion became legal and common.

At least among Christians, one might have expected universal rejection of abortion except in cases where the mother's life was threatened. For nineteen centuries Christians had regarded abortion as simply another category of murder. More positively, as keepers of the feasts of the Annunciation and Christmas, celebrating unborn life was built into the church calendar. Christians have always been aware that salvation begins not with Christ's healing miracles or on the cross or in the empty tomb but in Mary's womb.

In the icon of the Holy Sign, Mary is shown with upraised hands in the classical posture of prayer, while within her, contained in a circle, the unborn Christ is revealed as Christ Immanuel, "God With Us," vested in golden robes and looking outward while his right hand offers a blessing. The icon reminds us that Christ, although his presence was unknown to anyone but his mother, was one of us, and blessing us, from the moment of his conception.

Saint Luke's account of Jesus' conception is followed by still another story of the significance of life in the womb: Mary's visit with her cousin Elizabeth, pregnant with John the Baptist. Unborn John leapt for joy within his mother, while Elizabeth exclaimed, "Why should I be honored with a visit from the mother of my Lord?" And pregnant Mary responded, "Yes, from this day all generations will call me blessed, for the Almighty has done great things for me. Holy is his name."

It is a mark of how shopworn Christianity is in our time that one can easily find Christians who favor abortion. I recall a Protestant theologian who defended abortion as "an act of dominion."

Whether religious or non-religious, supporters of abortion offer moral defenses for their position, but this is hardly surprising. When was there a social sin that wasn't defended either as positively good or a necessary evil?

In justifications of abortion, it is revealing how carefully certain words are avoided. Thus it is not a "he" or "she" who is the object of abortion, but "it." And "it" is not an unborn child, but an embryo, a fetus, a product of conception, a clump of cells, a bit of tissue. Anything but an unborn child. And what we do to that latinized matter is not to kill it. The verb "to kill" is too morally-charged. The "it" isn't killed, it's aborted. But what we are talking about is the intentional killing of innocent life. (And yet the moment a child is wanted, even if it is so small that it will be weeks before a stethoscope can detect a heartbeat, all distancing, dehumanizing words are abandoned. Then the growing child in the womb is wreathed with every word of welcome, wonder and awe.)

But how effectively abortion is promoted for those in a state of panic rather than gratitude. When I was in England to promote a newly published book, I was startled by how many advertisements for abortions there were in the London Underground. One poster said in huge letters: "If you're happy being pregnant, fine. If not, call ..." A free telephone number followed.

If I were a woman and pregnant, I wondered how likely was it that I would be feeling happy? I might be in the third week of morning sickness. I might have a husband or boyfriend who was depressed or furious at this unplanned disruption of life. I might be facing parents or social workers who cry only at the movies. I might be in debt up to my chin, living in an apartment the size of an cigarette box, with my hopes for the future collapsing into the ash can.

Yet here I am being told over and over again that happiness is a precondition to motherhood and that pregnancy should only be tolerated in the event the mother is enjoying it. Otherwise call this number. Abortion is only a few stops away.

No Elizabeth to rejoice with Mary. No one to celebrate the miracle of a new life. No one to help a mother-to-be figure out how to keep her child or give it to those who could make the child their own. No one to help her with her fears. No one inviting her to be a conscientious objector to the killing of unborn children. No one suggesting the womb must to be kept safe from violence. No one to help her nurture and give birth to and protect her child. But many offering death.

Jim Forest is co-secretary of the Orthodox Peace Fellowship. An author, his most recent books are The Ladder of the Beatitudes and Praying With Icons. He is at work on a book about confession.

The text is copyright by the author and may not be reprinted without his permission.