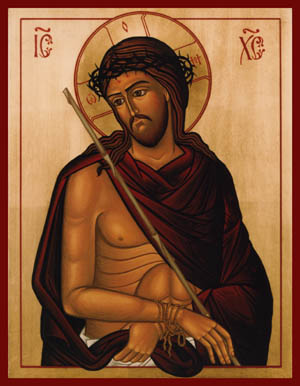 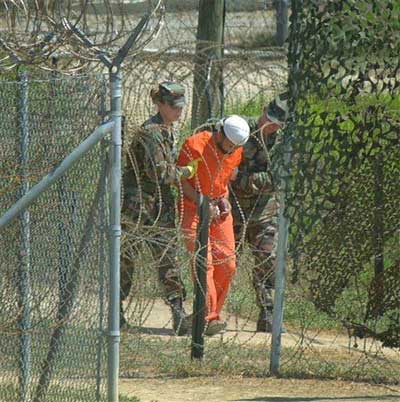 "I was in prison, and you visited Me." These words from the Gospel remind us that Christianity is not a set of dogmas to be believed, but is a truth to be lived and practiced. Visiting those who are in prison is simply an extension of the foundational Christian practice - loving one's enemies. The ideologue, by contrast, urges us to hate our enemies. The ideologue is always bent on destroying "once and for all" evils that exist outside his favored group. But Christ was not an ideologue and Christianity is not an ideology.

The New Testament is instead the antidote to ideological perversions of thought, and as such it focuses attention on the struggle against evils inside my own self. Apparently the most certain way of succeeding in this struggle is by practicing forgiveness and charity toward those whom we find repellant - toward those who are, in fact, our enemies, and who for that very reason tend to end up in our prisons.

Today, however, we Christians in America are often not allowed to visit Christ in prison. The Bush administration has declared that there are those in our prisons whom no one may visit, not even a lawyer. It is said that these secret prisoners must not be visited because the "alternative methods of interrogation" being used against them are among the United States' "most sensitive national security secrets."

One would think that every American would immediately rise up in indignation against such policies and demand an accounting from those who ever dared initiate them. And yet almost the opposite has happened. For the most part, we go about our lives as if all this was no big deal.

What has happened? It would appear that the following has happened. We have become a nation of security ideologues. We want "national security," yes, but especially and at all costs we want guarantees of our personal security.

And yet, the most humane and wise of Christian voices have always held that the first task of a civilization, when it comes to the treatment of its prisoners, is to do its best to restore the moral and intellectual good health of the persons being punished. To be sure, the protection of society is also a crucial function of prisons; but in a Christian civilization, this task is subordinated to the first.

There is no time here to elaborate on this complicated subject. Suffice it to say that a just punishment always serves to increase rather than decrease the dignity of the prisoner. It might be added that, were our society to provide more security to its workers, and give greater emphasis to the moral and intellectual improvement of its children, there would be fewer domestic prisoners in the first place. But that too is a matter for another essay.

What must be addressed first - both in this essay and as a matter of public policy - is the treatment of "enemy combatants" captured during America's current "war on terrorism."

The barbarity of such practices as "extraordinary renditions," and other cruel practices at locations known and unknown, would be just as great if these detainees were all guilty as charged. Yet many are clearly not guilty - or if they are, it is very strange, because many have never even been charged. They are simply being held.

What if they are guilty, and truly are our enemies? Such a circumstance should only increase our concern for their welfare. At any rate, that is what Christ said.

And to find out which of these detainees deserve this special measure of Christian concern, it behooves us to insist that our government at long last allow lawyers and courts to thoroughly investigate each of these cases according to a credible system of justice. This will have the additional benefit of allowing those who have been simply picked up by accident to be immediately released.

In the interests of fairness, it must be emphasized that cruelty is far from being an eternal truth about Americans. It is, rather, an alien trait we have acquired by falling prey to a spiritual temptation-the temptation of making security the final goal of our existence.

Indeed, it is this same all-consuming quest for security that induces so many of us to remain silent. With perfect logic we think to ourselves: "If they have treated other defenseless human beings this way, what will keep them from treating me with similar cruelty if I speak out?"

Paul Grenier, a writer and cultural geographer, is the founder of The Common Task - http://www.thecommontask.org. The Common Task is a research center devoted to the humanization of culture, cities and economies. He is a member of St. Nicholas Cathedral parish, Orthodox Church in America, in Washington, DC.