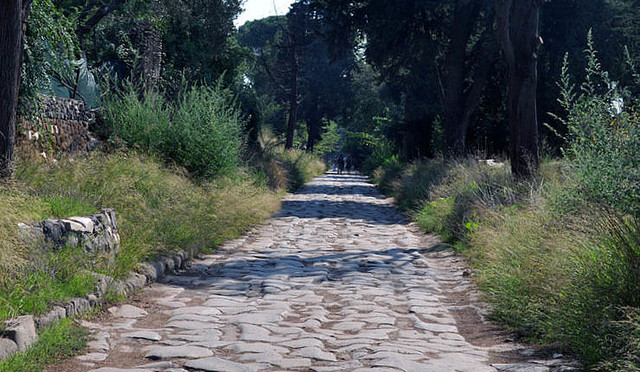 At the invitation of the Grand Mufti of Damascus, during the last week of April Archbishop Lazar Puhalo was in Syria to represent the Orthodox Peace Fellowship in a Christian-Islamic "Conversation."  Here is his report: 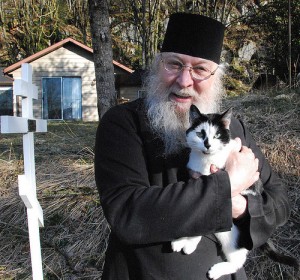 Our small group included various Canadian Christians plus several members of the Islamic community of Edmonton, Alberta. Two were Orthodox: David Goa (of the Chester Ronning Center of the University of Alberta) and myself (representing the Orthodox Peace Fellowship). We had come to hear an Arabic and Islamic perspective on justice and peace. We went to Damascus with little idea of what to expect.

Arriving late on 25 April, we were met by Sheik Ahmad Badereddine Hassoun, the Mufti of Damascus, and a small group of officials. Officials had arranged a swift passage through customs and passport control. We were then off to a sumptuous multi-course midnight supper of a kind that would only be seen in the Arab world.

It is a commonplace of conferences that more ideas are exchanged over meals and at in-between moments than during formal presentations. Conversation at the meal focused on Gaza, which remained the main topic at all such gatherings.

Our first semi-formal dialogue took place the following evening in the palace adjacent to the Umayyed Mosque in Damascus. Accompanied by Islamic clergy, civil officials and senior students, the Mufti arrived to preside. We were asked to speak briefly about why we had come to Syria. It was obvious that our hosts were "taking the measure" of each of us.

Speaking as a delegate of the Orthodox Peace Fellowship, I suggested that our purpose was two-fold. First, we wanted to hear the concerns and aspirations of the Islamic community, and second, we wished to explore common ground in relation to social justice, peace and the ecological problems facing all mankind. Ecological problems threaten the Middle East in a catastrophic way.

It became clear that the agenda for this entire round of talks would be exploratory rather than concrete, and that the results of this visit would determine whether future conferences of more substance might be feasible.

Vocabulary always presents a problem in intercultural exchanges, and this was no exception. Differences in meaning also occur in discussions between Canadians and Americans, but with cultures that differ as deeply as ours and that of the Arab world, much time is spent in deciphering each other. When such emotionally charged words as love, peace, justice and security are used, how do we know what they actually mean when spoken by strangers from a very different culture? This is especially the case when one is as deeply traumatized as Islamic culture has been in our era. How do they know what we mean, even though we use the same words?

It is not simply a matter of the religious and ethnic cultural differences that form a nebula around these issues, but the economic realities of our respective regions also make a difference. When we speak about security, we tend to refer first of all to economic security. Where a general poverty prevails, economic security is not the central meaning of the word. Part of our goal in Damascus was to see to what degree we can resolve such differences in understanding.

It was my aim, as an OPF representative, to foster an awareness of the need for sharing earth's dwindling resources in a more equitable manner, and ultimately this necessitates setting aside those particularities which incline us to identify our own needs and sensitivities above those of others.

At the same time, we should be aware of the absoluteness of Islamic religious-ideological foundations and be prepared to engage them graciously. Without this, there can be no progress in dialogue.

Our time was not only spent at events arranged by our hosts. There was free time for informal activities according to our own interests  time to wander in the city and engage in chance conversations.

There is no question that Syria is an interesting place to be. Though it is a secular dictatorship, there is considerable freedom in the non-political aspects of life.

What was obvious on the street was the rapid Europeanization of the younger generation. In Syria, the iconography of this evolution is clear on the T-shirts, in clothing advertisements and the display of brand names. It becomes clear that many of the problems and much of the angst that faces Christianity in North America must also occupy the minds of Moslems.

It is just as clear that this ubiquitous metamorphosis which is homogenizing humanity is reversible neither by preaching, compulsion nor violence; and there can be little doubt that fear of these changes is a generating forces in stimulating terrorism in Islam. The era in which religion could be used to repress the human spirit and persecute the outcasts of society is slowly ending around the world.

We Orthodox Christians may yet be forced back to a living faith in place of ideological religion in order to continue to realize the Gospel as Christ Himself taught it.

The separation of cultural ideology and faith will take much longer in the Islamic world. The concept of the ulema, the theocratic state, is so much a part of the reality and ideology of Islam that it will be dismantled only with great stress and trauma, far more even than in America, where the fantasy of a covenant theocracy still lingers quite strongly in the "religious right."    â

Archbishop Lazar (Puhalo) is a retired hierarch of the Orthodox Church in America. He is abbot of All Saints Monastery in Dewdney, British Columbia, Canada, author of numerous books, and initiator of the OPF group in Canada.