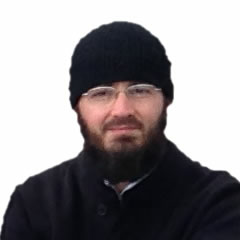 It’s been a very tough week to be in Paris. I came shortly after the attacks. They happened on Friday night, and I was here already on Sunday. It is a very sad time, and you can feel it in the city. You can feel it in people and their behavior. They do try to move on with their lives, but there is a certain type of lack of engagement somehow, and
distance. A distance, that is the word. I’ve seen it before, in people as well as in larger communities, and it seems to be the reaction after something horrible.

I’ve tried to make sense all week of what has happened and what is happening at large. I’ve tried to make sense of that as I hold onto my faith and things my faith, Christ, ask of me. I can tell you two things that I’m sure are very common. On the one hand, nothing makes sense. Nothing makes sense about Christianity, and that is all right. There is no logic in Christ’s asking us to be children of peace, makers of peace in the world. There is no logic in Christ’s commandment to allow ourselves to be crucified for the sake of our neighbor, to die for the sake of our neighbor and the world we live in. There is absolutely no connection; there is no way to fit the two together. But that is all right. It took me, again, a few days to understand that it is absolutely all right, because we are not part of this world, and we should not fit into it. It is painful, but it is the truth.

And the second thing I’ve understood is how small, how horribly small my heart really is, because as I walked the streets of Paris and as I felt this cloud of sadness just overcoming everything and  everyone, as I kept on praying, as I kept on putting on the mask of a Christian, I clearly perceived in my heart a hope—a secret, horrible, disgusting hope—that while I look away and against my formal  approval, somebody somewhere, some nation from somewhere, will in fact do so that this whole horrible thing is ended.

There is a fight at all times in my heart—and I’m sure many of you can identify with it—between my faith and Christ’s commandment for peace and love and self-sacrifice, and my instincts, which are naturally towards survival, my personal survival, the survival of the communities and groups I’m part of, the survival of my family, my friends, my nation, my church, my culture. And because these two do not fit in moments of crisis and because I’m too much of a coward, really, to choose either Christ or the world, I develop sense. The saints have tried to get out of this prison of time and space and idea of a progression in life. Think of St. Brendan. Think of his physical attempt to get away from the world and to free himself of the world’s vision of life, a vision where things happen in time, and you get from point A to point B to point C. Think of St. Columba and his lack of progression, of his failure, which then Christ turned into one of the most beautiful stories of Christianity. Think of the 68  monastics who were killed on Martyrs’ Bay in the ninth century by the first Viking attack. Think of all the others who were killed everywhere in the British Isles by the Vikings. Not one has fought back. Not one has taken a gun to fight back and protect himself, his brothers, his community, or his island—because what they were fighting for does not belong to this world.

It’s just what Christ was trying to say. If his aim had been to rule the world here, to rule this dust which he created, he would have fought. He would have brought armies to fight against those who crucified him. And as he apparently didn’t fight and as he apparently was defeated, he was actually fighting back and winning the battle, but not here, not over this dust, but over the kingdom, the eternal kingdom of peace.

All these monastics who died in the Celtic isles—not fighting back, butchered by barbarians the same way things happen today—all of these are beautifully represented on their tombstones, and they are represented as frightening, powerful, heavily armed soldiers because they were frightening and they were powerful and
heavily armed in their fight for the kingdom. Yes.

As I was walking that day, I understood again that there is an essential difference between the mind of someone who is a believer, someone who functions by faith, and someone who functions by logics. Yes, there are religions on this planet—there have been before, and there will come long after we die—there are religions on this world who think in terms of ruling the earth, in terms of taking over the world and ruling it. There are religions that think in terms of progression and that rejoice in the fact that there were a thousand of them 20 years ago and there are a hundred thousand today. In that quantity, they see a sign that their religion is progressing and growing, but that is not the true faith.

Let’s pray for peace, for all of us, everywhere. Amen.

Addendum:
In connection to the Paris attacks, I said a few things concerning war and the use of guns and the idea of killing other people. I have received such horrible comments, and there was such a violent reaction against what I said that I simply could not deal with it.

I don’t really know what to do with hatred or just pure, empty  violence, even if it’s simply a matter of words or attitudes. I simply don’t know what to do with it; it has no space in my life. And it took me these two months to come to some sort of sense, to some sort of peace concerning this topic. Really there are very few thingsI care as much for as this topic. There is absolutely no reason—absolutely no reason why another human being could kill another one. Really, this is something I care for deeper than I had realized. Because what offended me, what scared me, following that reaction, was not so much that people could disagree with me or have a negative  reaction to things I say. That happens all the time with my friends
and with members of my family and with people in the parishes that I visit.

But what paralyzed me was the reality, which I hadn’t grasped until then, the reality of the fact that there is a huge number of Christians in the world who truly believe that it is all right to kill a human being. I’m not discussing any reasons, any justifications for killing; I’m discussing pure killing, for any reason, any justification. All I can say is: Go back to Christ. Go back to the God of peace. Go back to Christ who is love. There is no argument to support murder in Christianity, at least not in a pure Orthodox Christianity. There is no such thing as “just war” in Orthodox Christianity. That is a Catholic invention, and it is deeply wrong. It is anti-Christian.

Now, this is the confession of my heart. This is not some sort of intellectual conclusion, not something I believe in, something I chose, something my mind created. This is not an opinion, mine or
someone else’s. This is what I know in my heart to be the truth, and that is why this is a confession. You are listening to a confession, and you do with it whatever you want. In my heart, I know this is the truth; I know this is Christ. There is no way to life through murder, and the Orthodox Church, again, has kept that teaching as pure as possible by not creating any theory, any doctrine to justify war in any context. Many of those who wrote to me argued that there are various elders who supported war. Well, I say to you, before Christ and before those elders, that they are wrong. Even if a saint says so, he is wrong. Even if a bishop or a synod say so, they are wrong, for the very simple reason that Christ, who is the truth, and Christ’s Church, through its Tradition, say otherwise. Go back to the Christ in your heart, and look into the depth of Orthodoxy, beyond nationalism, beyond matters of state, beyond matters of borders. Go back to what Christianity is about, and you will find the same truth in your heart.

I know that intellectually we can conceive of all sorts of justifications for war and for violence and for murder. I know that there are all sorts of intellectual possibilities. I know that in theory, in abstract, there can be other answers, but I am not a theoretical being with a theoretical heart, and I’m not an abstract being with an abstract heart. I have only this heart, of flesh, and only this answer in this heart: Christ is love. He is the King of peace. And this is the answer I am giving you. We are real beings; we are not abstract beings with abstract hearts beating in our chests. The fact that there can be, from an intellectual perspective, ten or a hundred answers to one question does not change the fact that the truth is simply one, and that the name of that truth is Christ.

Look at Christ's reaction when St. Peter wanted to protect him against the mob that came to get Christ and take him to Golgotha and then to the crucifixion. Look at Christ's reaction to Peter's attempt to save him. What else  is there in this world or in any other world, what else is there more valuable, more precious, than the Source of being himself, than Christ himself? And if he was against killing someone to protect that Source of life and being, what do you think would be his reaction when we justify war and murder today in the name of nationalism or instinctual family relations or any other reason?

I don't want to argue this. This is a topic that does not need me to represent it or to fight for it. It doesn't stand through me. This stands through Christ. I am simply called to give witness for this truth...And as long as Christ's words stand by that confession, and as long as the 2,000-year-long tradition of the Orthodox Church stand by that confession, I am all right, and I trust that Christ is all right with what I'm doing as well.

Glory be to God in all things always. Amen. IC