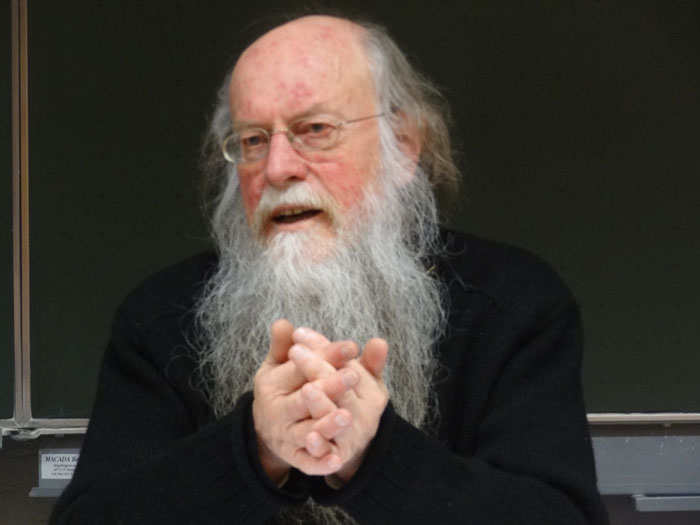 It seems to me of paramount importance that the Synod, as His All-Holiness asserts, should show that the Orthodox Church wants genuinely to communicate with the world. We have treasures to share, in the Gospel, and the wisdom acquired through many centuries of believers following in our Lord’s footsteps and living in the grace of the Resurrection. It is also true that many in the West want to hear our voice, what we have to tell them of Christ. It will be a betrayal of everything we hold dear if the result of the Synod is that the world perceives the Orthodox apparently concerned solely with themselves in a fearful and introspective way.

Nevertheless, like many people, I have some reservations about the synod.  First, eleven days seems minuscule in comparison with the 1200 and more years we have to make up.  Secondly, the preparatory documents have been unavailable until very recently, and seem to have been prepared by a small circle of people, mostly (or exclusively?) associated with the Ecumenical Patriarchate, whereas one would have expected widespread consultation beforehand.  Thirdly, the ecclesiology of voting by patriarchates is unprecedented and unsustainable, apparently overriding the duty laid on each bishop ‘rightly to discern the word of your truth’, as we pray in the anaphora of the Divine Liturgy, citing 2 Tim 2:15.  Nevertheless, we need to recognize that the only voice that counts at the synod is that of the Holy Spirit, so, despite all the fumbling of human preparation, it is important that we should earnestly pray that the fathers of the synod will hear and attend to the voice of the Holy Spirit.

Although the preparatory statements tend too much towards blandness, they seem to be on the right lines, with some reservations mentioned below. The emphasis on the Church’s concern for the world in which we live today is vital, and the presentation of the life of the Church as springing from the Eucharist is expressed well.  So too the emphasis on ecumenism and a readiness to work and pray together with our fellow Christians, especially those whose baptism we recognize: all that is important. Although I can well understand the logic of the position of those who deny that there are other Christians than the Orthodox—since we, as Orthodox, hold that the One, Holy, Catholic, and Apostolic Church that we confess in the Symbol of Faith is identical with the Orthodox Church—it seems to me that it is a logic isolated from life.  We must (and in practice do) recognize that there are Christians who find their ecclesial identity in other communions than the Orthodox Church. Do any of us really believe, for example, that Catholics are not Christians, and that the see of Rome is vacant, Pope Francis being no more than an unbaptized pagan? It makes nonsense of our behaviour: one Sunday recently I worshipped in San Teodoro in Rome, a church given to the Greeks by the pope some years ago. Should we have refused this gift? When we look at the history of the Church, we are deceiving ourselves if we think that there is one community completely innocent, namely the Orthodox Church, and that division is simply the result of the sins of others: Catholics, Protestants, or whoever.  The principle of ecumenism lies in repentance, expressed clearly in the words of his elder brother, recalled by the Elder Zosima in Dostoevsky’s novel, The Brothers Karamazov: ‘each of us is guilty in everything before everyone, and I most of all’.

Some of the preparatory statements could have been more radical. The statement on fasting is banal; it would have been useful in the context of understanding fasting in a non-Mediterranean world—the point raised by the statement—to have been reminded of the way fasting is justified by the Fathers: commitment to greater simplicity in our eating, an exercise in detachment, an opportunity to greater commitment to almsgiving. The statement on marriage fails to address any of the burning pastoral issues: what later commitment to marriage demands of young people; how marriage is to cope with a society in which men and women are much more equal; the challenges of the capacity to control pregnancy for the practice of sexuality. The section on War and Peace is all right as far as it goes, but makes no mention of conscientious objection to participation in war.

Finally, the statements on the diaspora and autonomy seem to me to ignore the changes in political society between the world of the Mediterranean in late antiquity and the world in which we live today. The ideal of one bishop leading the Eucharistic community in a city reflected the world of the early Christian centuries. The world today is very different, but the statements simply see the diaspora as a passing phase, leading to a worldwide network of autonomous/autocephalous ‘local’ churches. That, on the one hand, ignores the way in which the experience of diaspora enabled many to realize the Pauline sense of Christians as essentially aliens in this world, ‘every foreign country is theirs and every country foreign’, as the epistle to Diognetos put it, and, on the other hands, ignores the way in which many people, not least Christians, move from country to country, as well as the way in which ‘cities’ nowadays are vast amalgams of communities, so that the Christian community in a modern city is really, at best, an imagined community, made up of real communities without necessarily any territorial base. We need an ecclesiology to measure up to that, not an attempt to restore an ancient ecclesiology that no longer corresponds to the social reality in which we live.

Andrew Louth is Emeritus Professor of Patristic and Byzantine Studies at Durham University.