Because of tools recently added to the Orthodox Peace Fellowship web site, for the first time we're able to see what sections and pages of the web site are being used most intensively. We are pleased to note a great deal of traffic in the section of the site devoted to St. Maria Skobtsova and her collaborators, canonized just a few years ago:

Here one finds a plethora of biographical material, icons and photos, texts by Mother Maria, and related material.

Another sign of growing interest is the availability of three English-language books about Mother Maria.

The latest addition to the Mother Maria library is a handsomely illustrated children's book, Silent as a Stone. Jim Forest's text relates the true story of how Mother Maria and the community to which she belonged along with a number of brave garbage collectors, managed to rescue a number of Jewish children whose families had been arrested in Paris in the summer of 1942, when most of France was occupied by Hitler's armies.

The book gives both young readers and their parents a potent glimpse of the courage of Orthodox Christians in a situation as challenging as Christians faced in the second or third centuries. Like so many Christians of the early Church, Mother Maria, and several of those serving with her, paid for their witness with their lives. 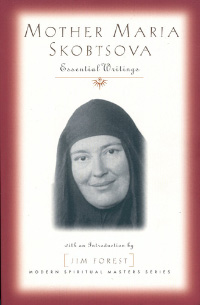 Dasha Pancheshnaya, the book's artist, has brilliantly brought to life the faces and places important to the story. The publisher, St. Vladimir's Seminary Press, is to be commended for a finely made book that gives young readers a vivid idea of what it means to follow Christ in dark times.

The book includes a helpful afterward for older readers and parents that relates the astonishing life of Mother Maria, whose death occurred in a German concentration camp on the eve of Pascha in 1945.

"Silent as a Stone," comments writer Heather Zydek, "captured the attention of my little ones from the moment we began reading the beautiful story together. The rich prose and artwork combine seamlessly to tell a captivating story of survival, hope, and the deepest faith in God's power to provide for those who call upon him in earnest. Part Holocaust history lesson, part hagiography, part inspirational tale, the book illumines this brief chapter in Mother Maria's life in a way that will cause readers young and old alike to crave more stories about this wonderful modern saint."

At the same time that St. Vladimir's Seminary Press brought out Silent as a Stone, the same publisher reissued Fr. Sergei Hackel's long-out-of-print biography of Mother Maria, Pearl of Great Price. The biography makes fresh the challenge Mother Maria and those who worked with her pre-sent to Christians living in a culture of fear and violence. The reader is challenged to live a life centered in hospitality and the works of mercy.

"On behalf of others," writes Metropolitan Anthony Bloom in the book's foreword, "Mother Maria sacrificed her personal serenity. Since her life was completely interwoven with the destiny of her contemporaries, their turmoil was hers. And yet she was not swept away by it. She was anchored in God and her feet rested on the Rock.... Mother Maria is a saint of our day and for our day."

Last but not least, there is Mother Maria Skobtsova: Essential Writings, published by Orbis Books. The book's editor is Hlne Klepinin-Arjakovsky, daughter of St. Dimitri Klepinin, the priest who worked closely with Mother Maria and who also died in a German concentration camp. The preface is by Olivier Clment, the introduction by Jim Forest.

While Mother Maria is best known for her unstinting hospitality to people in need or in danger, in fact she was also a theologian. Before the Soviet Revolution, she had been the first woman to be admitted to classes at the theological academy in St. Petersburg. Her most important writings, long available only in French and Russian, are at last available to the English-speaking world. The translations are the work of Richard Pevear and Larissa Volokhonsky, best known for their editions of Dostoevsky, Gogol, Chekhov and Tolstoy. 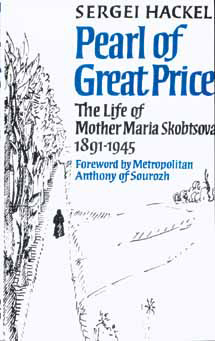 Mother Maria's great theme is that we must love others as Jesus loved, without reserve, with unconditional self-sacrifice, following the Son of Man even to the depths of hell. As members of the body of Christ, each of us shares the fate of all; each of us is justified by the righteous and bears responsibility for the sins of sinners. This means taking upon oneself the crosses of all: their doubts, griefs, temptations, falls and sins.

"It goes without saying," Mother Maria writes, "that it seems to every man as if nothing will be left of his heart, that it will bleed itself dry if he opens it, not for the countless swords of all of humanity, but even for the one sword of the nearest and dearest of his brothers.... Natural law, which in some false way has penetrated into the spiritual life, will say definitively: Bear your cross responsibly, freely, and honestly, opening your heart now and then to the cross-swords of your neighbor and that is all.... But if the cross of Christ is scandal and folly for natural law, the two-edged weapon that pierces the soul should be as much of a folly and scandal for it.... All that is not the fullness of cross-bearing is sin."

Mother Maria has little patience with those who are preoccupied with their "spiritual life" as if it were lived without attention to those among whom we are placed by God, as if we lived outside of history.

What applies to individuals applies also to the Church. In her final essay on "Types of Religious Life" (which really concerns types of piety), Mother Maria examines certain aspects of the church's inner life and the danger of an obsessive fascination with its institutional structures, rituals, esthetic beauties and ascetical rites as ends in themselves while ignoring Christ, whose image is found in every person.